IACIT is responsible for developing and producing the RMT 0200 Solid-state Dual Polarization S-Band Weather Radar. This cutting-edge system is the only one in Brazil to employ this kind of technology and one of the most modern ever produced in the world.

RMT 0200 is an S-Band Weather Radar developed to detect meteorological phenomena over long distances, being possible to monitor a radius of up to 600 kilometers, forecasting intense phenomena that can cause natural disasters. It has a transceiver based on Software Defined Radio (SDR) technology and uses the nonlinear modulation technique (NLFM) to mitigate Lateral lobes.

Based on IACIT's RMT 0200 solid-state transmission system (modulator and amplifier), it is possible to apply pulse compression technology in the treatment of the signal, thus using less peak power in transmissions. This ensures less energy consumption, less noise, and less electromagnetic pollution.

A great advantage of RMT 0200 is its modular and compact feature, making installation and maintenance simpler, in addition to reducing logistical and operating costs. 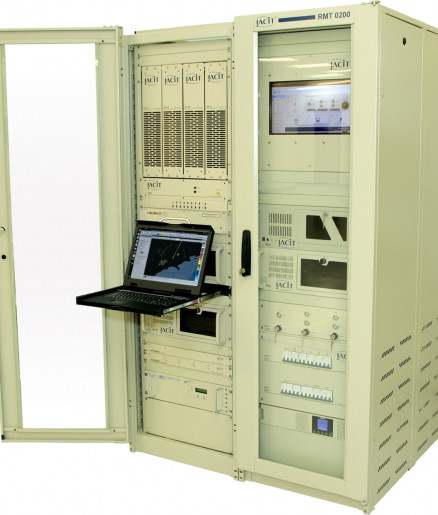 Thank you for your message.